Scans And Pills A Waste of Time For Back Pain 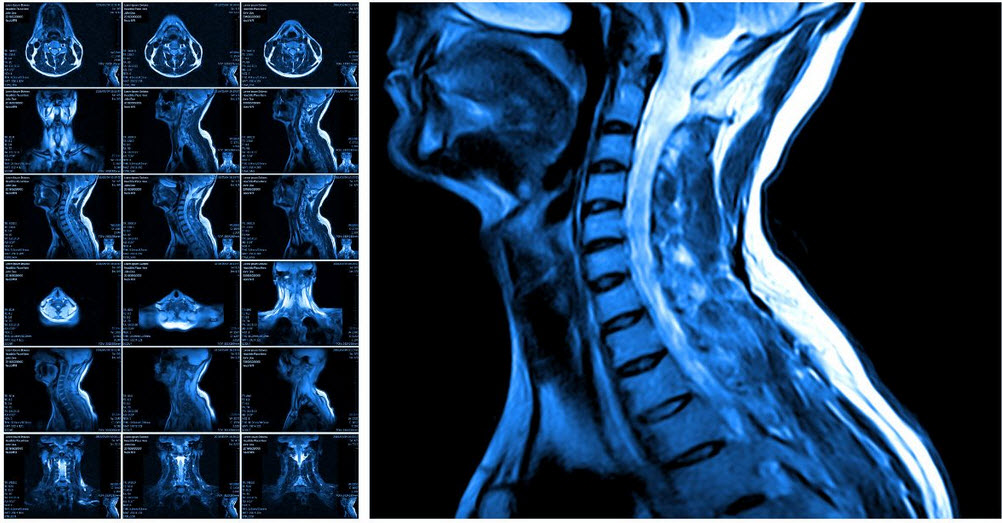 Pain killers and scans can harm you and wastes your money. Find out why.

Back & Neck Pain
Are Scans and Pills a Waste of Time?

As an osteopath, I found the following article a compelling read. It featured in The Independent and was entitled, “Opioids, injections and scans of ‘dubious benefit’ harming 540 million back pain sufferers worldwide” (21 March 2018). Curiously, this day is also my Persian New Year, the vernal equinox. I say curiously because I get the impression that the medical profession may be making a new start too, in managing spinal pain. 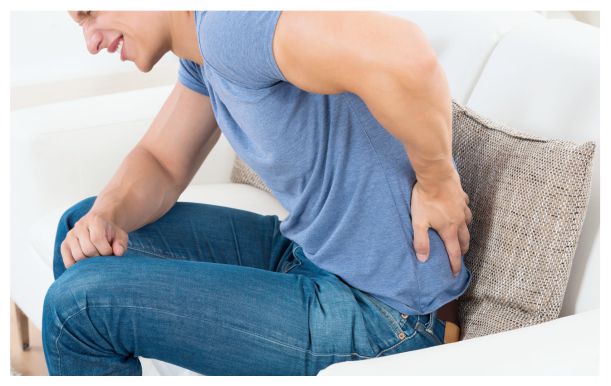 Do I Need A Scan?

In private practice, one of the commonest questions I get asked as a practicing osteopath is, “Don’t I need a scan or an x-ray; or should I see my doctor?” In the case of the GP, I usually reply, “If you have a toothache, you go straight to the dentist, you don’t go to the doctor.”

In the same way, osteopaths, physiotherapists and chiropractors are medically recognised by the medical profession as primary healthcare practitioners in their own right. This is reflected in law by the respective acts of Parliament. This is because our clinical skills are recognised, and we are validated to work independently as specialists in this field. Day in and day out, that’s all we treat: back pain, neck pain, sciatica, trapped nerves, muscle spasms and so on. Of course, there is an overlap between our professions, which was actually the focus of The Independent article, which found that the reliance on traditional medical support is currently skewed against the patients’ best interests. 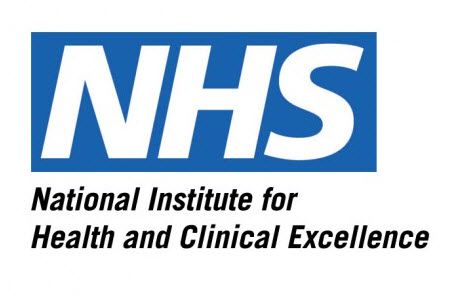 If healing is slow, patients will request an investigation, such as a scan or an x-ray. This is quite understandable. However, research evidence has advised against this, unless certain criteria are met (for details, see later in the text). On the contrary, the government’s own guidelines, the NICE guidelines (November 2016), recommend that patient education and spinal manipulation, along with exercises. The guidelines also recommend combining physical treatment with psychological support, when necessary. Certain types of pain and some pains which are slow to heal may have psychological causes. This could be as straightforward as stress at work, home, relationship issues, emotional fatigue etc. Or, if it is more advanced, we may be looking at depression, for example, or other conditions that may require psychotherapy or cognitive behavioural therapy (CBT). In such cases, your osteopath is qualified to identify the need and refer you on.

Importantly, the evidence in the NICE guidelines that supports spinal injections / invasive procedures is poor. It specifically instructs doctors to avoid these procedures for pure low back pain, which also includes certain types of spinal surgery. In other words, it is encouraging us to consider a different approach to back pain, recurring pain and chronic pain. As a point of interest, modern medical books no longer refer to “back pain treatment”, as there has been a subtle change to re-word it as “back pain management”.

Increased Scans & Drug Use is Ineffective

Returning to The Independent news story, it reports that Professor Rachelle Buchbinder, a leading rheumatologist at Monash University, Australia, said: “The majority of cases of low back pain respond to simple physical and psychological therapies that keep people active and enable them to stay at work.” She added that: “Often, however, it is more aggressive treatments of dubious benefit that are promoted and reimbursed.” She was referring to the prescribing habits of the doctor, whether they be pharmacological, surgical or investigatory. She highlighted how the “Increased use of ineffective potentially unsafe treatments has wasted limited health-care resources and harmed patients,” such as opioid (painkiller) addiction and opioid mortality, which she cited as having escalated over the last 20 years in the USA. Her work has been published in The Lancet.

According to Professor Buchbinder, the idea of requiring a scan or prescription-grade medication is so ingrained in patient culture, they expect it and doctors largely acquiesce. Year after year, studies have supported Professor Buchbinder’s conclusions. In the light of such a waste of resources and actual harm, she is calling for a worldwide, top down, rethink – from governments and policy makers to healthcare practitioners – of this leading cause of pain and debility, which is occurring globally. In short, she is calling for a culture shift that will not only educate doctors and the public against the use of scans and strong drugs, but also urge them to consider physical therapy, rest, and most of all, education (something that osteopaths have been doing since the late-1880s, which is perhaps why osteopathy is so popular worldwide).

But Scans Do have Their Place

Returning to the scan requests, we do acknowledge that it is important to rule out the pathology (i.e. medical causes) of back pain, which would inherently require further investigation. Whilst pathology is thankfully very rare, the following list can help to put your mind at rest.

History of trauma enough to fracture a bone

Weakness in any limb (ie arm or leg)

Rest assured, every primary care physical therapist is qualified to detect and refer you in such cases. There are many simple neurological and orthopaedic tests that can be done in-house to help route you through to the best care. It is interesting to note that these consulting room tests are the same as the ones you would encounter when visiting a medical doctor.

What If Your Symptoms Are Getting Worse?

However, assuming that no pathology exists, where does this leave you, especially if your symptoms are unrelenting or getting worse? One of the most natural reasons for requesting a scan “is to see what is going on”. However, countless medical studies sadly show there is a very poor correlation between a patient’s symptoms and the findings seen on the scan. For example a systemic review of literature (this is a high level review, not just a single clinical trial) in 2015 concludes that: “Imaging findings of spine degeneration are present in high proportions of asymptomatic individuals, increasing with age. Many imaging-based degenerative features are likely part of normal aging and unassociated with pain.” 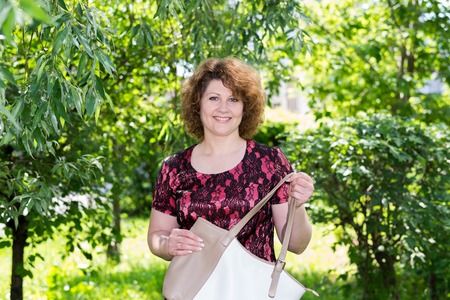 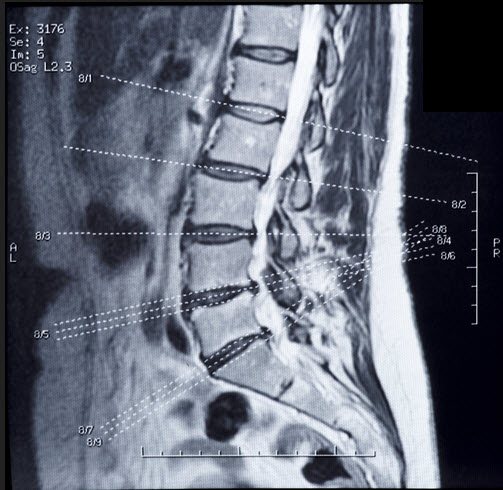 I recall a case about 25 years ago, where I treated a middle-aged woman with spinal pain, who had been diagnosed with arthritis of the spine by her NHS team. In short, her pain was relieved by the treatment I gave her. But I mentioned to her that the arthritis in her spine would remain; the inference being that her back pain could not have arisen from the arthritis, as the arthritis would remain unchanged by the osteopathic treatment. In other words, the cause of her pain must have arisen from a different source (which thankfully is amenable to manipulative treatment). There are many such examples in which expensive scans, together with strong medication, are routinely given. This not only a waste of NHS resources, but also means there is a delay in the patient getting the right treatment, which only prolongs their suffering.

If You Do Need A Scan

In private practice, however, we do refer for scans, usually at the patient’s request. Such scans are costly. In fact, the cheapest I know of at the time of writing (March 2018) is about £300. So why do we do it? The main reason for me, is to enable the patient to see in black and white what their spine looks like, as there will always be a certain amount of degeneration in any scan (as mentioned above). It is my hope, rather than belief, this visual of their spine may help to prompt the patient to take better care of their spine. However, if nothing is seen on the scan, it shows the symptoms are not due to a medical pathology and are more likely to have arisen from soft-tissue overuse or psychological factors. In both these examples, it crucially helps to support patient education, as advocated by Professor Buchbinder, NICE, and the years of extensive research by other authors. Additionally, it helps to address the bio-psycho-social component of pain, i.e. how the patient’s body is being used throughout the day, physically and emotionally.

Before undertaking a scan, I carefully explain the reasons why it may be clinically unhelpful. Some patients concur and put the money towards something else in their lives, and some naturally don’t. Patient education is a slow process and we all learn at our own rate. I like to support patients on their healing journey in whatever way it is needed.

In conclusion, best practice dictates that we should help the patient to understand the root causes of the pain, and/or the factors which inhibit the healing cycle. This is what patient education is all about. Historically, this important pillar is often discounted by the patient, as their thoughts are focused on the expectation of a full 30 minutes of manipulation to effect a  “cure”. Manipulation needs to be allied with education, exercises, as well as psychological and social factors. Perhaps this is what makes the Living Centre Clinic such a successful clinic in delivering osteopathic treatment, in Wimbledon or anywhere else in the SW London area. Our osteopathic team provides a genuinely holistic treatment, bringing together the key aspects of health, lifestyle, emotion and injury correction. 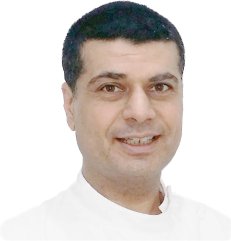 After all these years (since I graduated in 1986), it is heartening for me to see these tenets finally recognised and actively promoted by the medical profession. There is a move to change the way that society thinks about back pain, both nationally and globally. This is something I genuinely thought would never happen in my professional lifetime, and I feel it validates the years of care that I have taken in helping patients to not only heal, but to remain healed. After all, healing a pain will last only for so long, until the next injury; but the information will last a lifetime. What better way to care for a patient than to impart the power of self-healing?

Trusted by the following insurance companies….